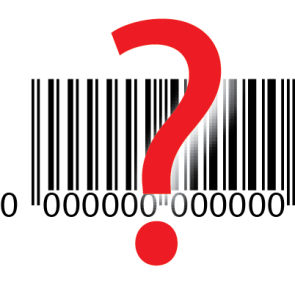 Sometimes you may be asked to recreate a barcode. You’re given a picture of a barcode and told, “Make one like that, but with a different number…”. So you fire up your trusty barcode generator but then realise you don’t know what type of barcode it is. Is it an EAN13 or a UPC-A? Or maybe a Code 39?

You could try every barcode type one by one in the hopes that one looks sort of right. However, that’s time consuming and annoying. Luckily, if you know what to look for then it’s easy to identify some of the more common types of barcode just by sight. Here’s a free guide to help you the next time you need to turn barcode detective. 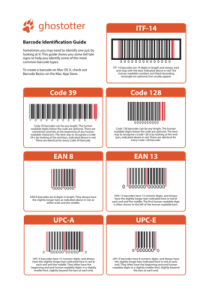 And remember, if you need to create a barcode on Mac OS X then Barcode Basics supports all the barcode types in our guide and many, many more! 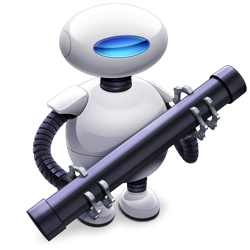 Recently we were contacted by someone who had hundreds of Adobe Illustrator files to convert into EPS files. They wanted to use Automator so we recommended our Ai Actions – our Automator actions for Illustrator package. I’ll show you how we did it here.

1. Get a copy of Ai Actions
Adobe Illustrator doesn’t ship with any actions for Automator. Luckily, we make a set of handy actions for Illustrator that you can use in your workflows. Click here to see it on the Apple Store.

2. Launch Automator and set up a workflow
Launch Automator and create an Application document. If Ai Actions is installed correctly then you’ll have a set of Adobe Illustrator actions in your Library. Simply drag the actions into your workflow and configure them as shown below (Click the image to enlarge). 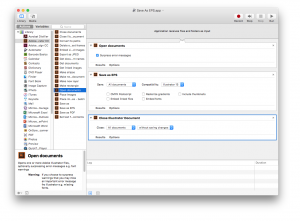 3. Save your app
Save your document somewhere handy and name it something sensible, such as “Save As EPS.app”. Next, try dragging some Illustrator documents onto it. It should work something like this: Click here to see the app in action

You can automate all sorts of tasks in Adobe Illustrator thanks to Apple’s Automator coupled with Ai Actions. Get your copy today from the Mac App Store!

I was recently asked what the best way to learn about shell scripting and the Terminal is for OS X.

The commands available in Terminal can be very powerful, and combining them in a shell script can help you achieve some very impressive things and save yourself a lot of time. And you can combine shell scripts with Automator to make some really cool tools.

Of course, a powerful tool in untutored hands also be pretty dangerous. So it’s important to be sure you know what you’re doing.

The first thing to remember is that when you’re working in Terminal, you’re in a bash shell on a UNIX system. Unix has been around a long time so there are plenty of guides available.

Many moons ago when I was first dabbling with shell scripting, I tried a few books and nothing really clicked until I read this book: 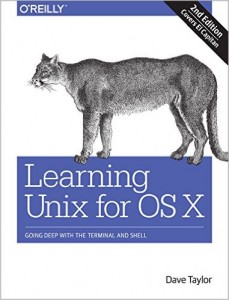 If you get to grips with Learning Unix for OS X and still crave more information then try: 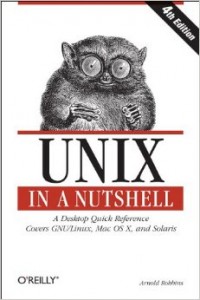 …just bear in mind that Unix in a Nutshell is a general guide to UNIX rather than OS X specific. That said, the vast majority of it will be applicable and it’ll give you a very comprehensive understanding of UNIX. I know several UNIX system admins who have a sneaky copy of it in a bottom drawer as a handy reference.

Of course, there are plenty of good online guides, for example this one:

…and there’s a course on Lynda.com which looks good at first sight, although I’ve not used it so I can’t comment.

If you don’t have time to learn to shell script or if you can’t figure out how to do something then don’t forget that we do custom development at very reasonable rates. Get in touch via our support page for details.

We use cookies to ensure that we give you the best experience on our website. If you continue to use this site we will assume that you are happy with it.OK